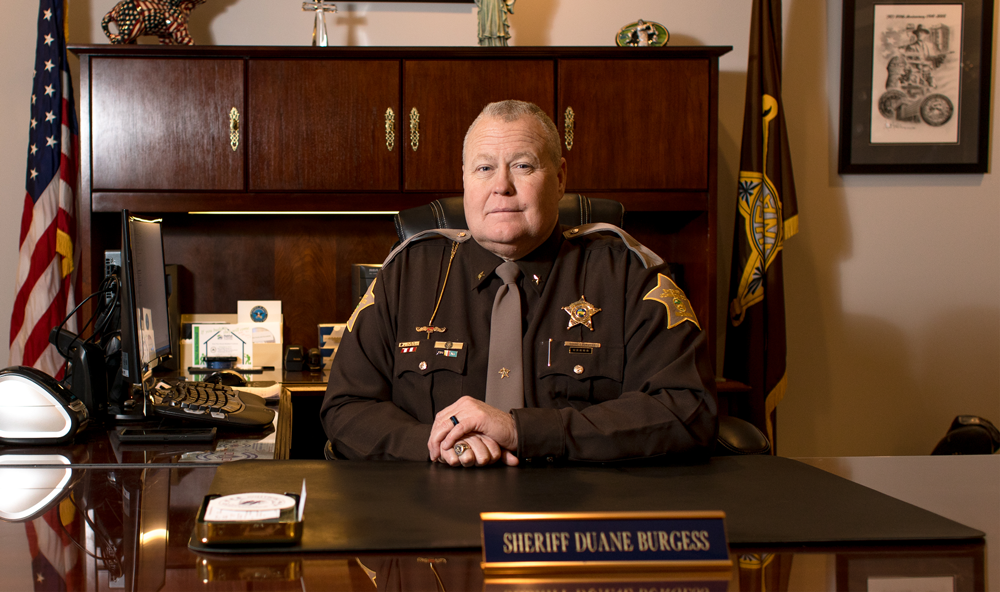 As many of you may know, I have worked very hard for the citizens of Johnson County throughout my time in public safety. I began my public safety adventure with the White River Fire Department as a Cadet. After I graduated from Center Grove High School, I became a Volunteer Firefighter and a First Responder for White River. During that time I watched that agency progress from volunteer to a paid standby system. I worked many hours and responded to a variety of emergencies from medical calls to fires. During this time in 1988, I also worked as a part time dispatcher for the Johnson County Sheriff’s Office. I guess you can say I just couldn’t get enough of the public service environment and helping people. I was present when the Johnson County Sheriff’s Office started the Explorer Program for kids fourteen (14) to twenty-one (21) through Boy Scouts of America.

As Johnson County began to grow rapidly in the late 80’s and early 90’s, I was hired as a Corrections Officer for the Johnson County Sheriff’s Office. There were five (5) civilians hired to start this program which allowed Merit Deputies to work the road in the unincorporated areas of the county instead of covering the duties required in the jail. I worked diligently to learn my assigned job. Soon I was moved from the jail to the county courthouse. It was there that I provided security to the Johnson County Courts and Offices. During this time I also worked a Reserve Officer for the Sheriff’s Office. As I volunteered my time to work the road, I was able to learn the workings from another viewpoint at the Sheriff’s Office.

I held a part-time position as Chief of Police for the City of Southport, leaving in 2008. This position allowed me the opportunity to attend Chief’s School through the Indiana Law Enforcement Academy. This training taught me the skills I needed to run the department. As Police Chief, I managed the department’s budget, manpower, payroll, and officers.

Throughout my years in the local public safety community, I have built strong relationships with the other agencies and offices in Johnson County’s towns, cities, schools, and fire departments. I am proud to say that we have the hardest working, most dedicated public safety officials in the state and I will continue to build those relationships. 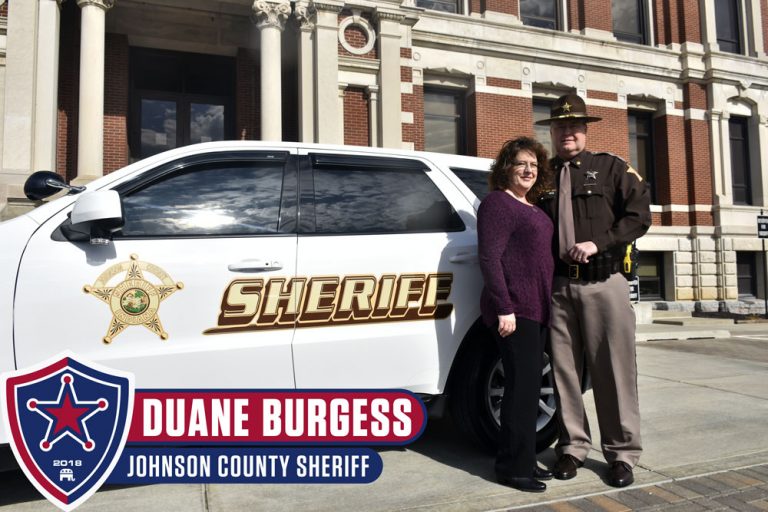 Duane and his wife Dee Ann