The Sheriff’s Office is committed to protecting the inmates in our care. We have enacted the following measures to help achieve that goal:

The Johnson County Sheriff’s Office Jail Division and its employees work diligently in assisting all people who require our assistance and or our services. With our growing population of inmates and the many services that we offer, there comes a time when we must make changes in order to be more efficient in our day to day duties. We must always look for ways to manage our time and to perform those duties without certain interruptions. To maintain a high level of safety and security at the Jail we are restricting certain activities that occur at certain times.

During the day there are normal activities that must take place at certain times. The Jail will restrict activities during the following times:
5:00am to 7:00am Morning
11:00am to 1:00pm Afternoon
4:00pm to 7:00pm Evening

There will be no attorney visits, bonding, or any other type of activity that will involve inmate movement at the times listed above unless court ordered specifying a certain time that an interview must be conducted. Inmates will continue to be received and processed into the facility as well as released during these times, although other activities will be restricted as listed in this document. There will be exceptions made in extreme circumstances. 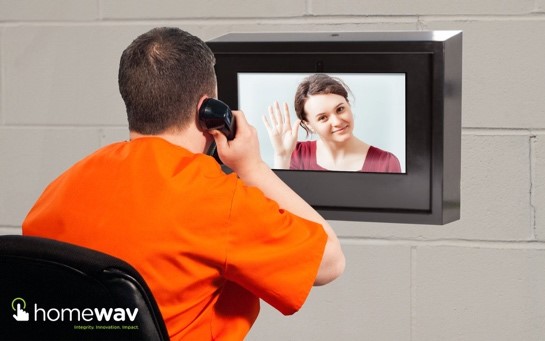 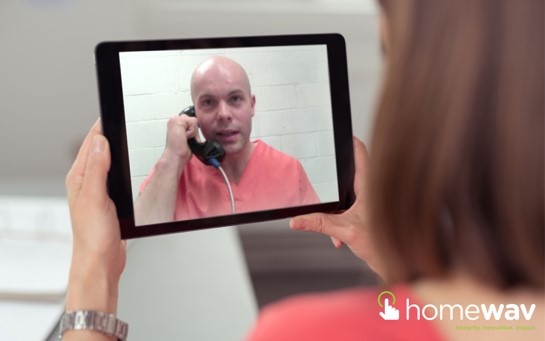 Visitation is conducted through the HomeWAV Video Visitation platform.

All visitors are required to create an account on the HomeWAV website. Persons under the age of 18 years must be accompanied by an adult with a valid HomeWAV account.

During the visit the visitor and the inmate must be logged in under their individual credentials. No sharing visits by visitors or inmates.

On-site visits are available during the following times:

By using the Johnson County Jail video visitation equipment, you are subject to recording and monitoring.

All visitors must dress appropriately, suggested attire should be appropriate to wear around small children.

No recording devices, cell phones or cameras are allowed in the visitation area of the jail. Please leave these items in your vehicle.

No flashing or obscene behavior will be tolerated. Any visitor found to be in the violation will be blocked from all future visits.

Inmate’s Use of Telephones:

Inmates now utilize HomeWAV Voice through the video visitation systems to place regular phone calls. The phones are available in their housing areas daily from 8:00 AM to 11:00PM. HomeWAV Voice cannot call pagers, internet phones, etc. Money can be added to the inmate’s phone account through www.homewav.com utilizing the “Deposit Funds NOW!” button at the top of the HomeWAV webpage or by coming on-site and using the HomeWAV kiosk in the lobby. 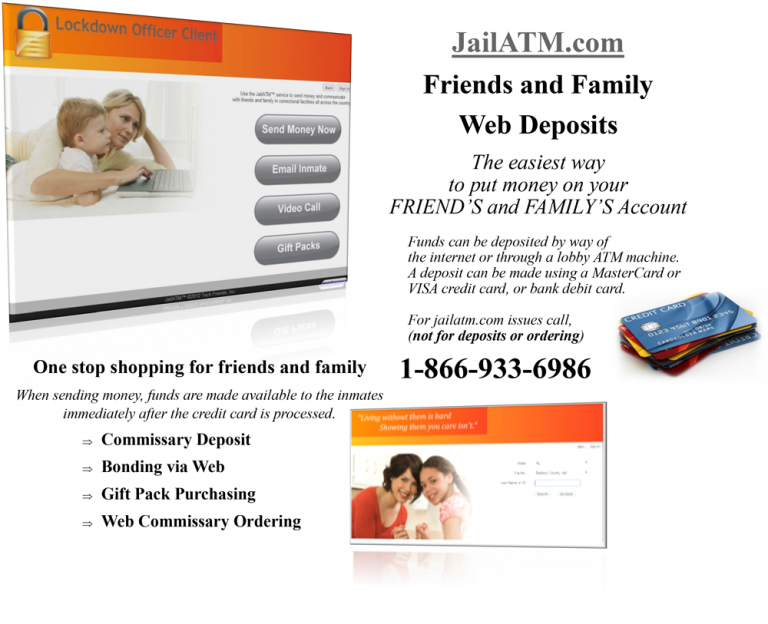 All correspondence, including money orders, must, have a complete return name and addressed in the following format:

Be certain to have your return address in the upper left hand corner of the envelope (return address must be handwritten and not a mailing label). This will ensure the return of the letter in case the inmate has left our facility. Do not place any stickers or glitter on the outside of the envelope.

Mail is always scanned and inspected for contraband, obscenity and other rule violations. Any legal correspondence will be opened in front of the inmate for inspection.

Assume that everything you write will be read by jail staff and can and will be used against you or the inmate in court.

Never write anything about the inmate’s court case you wouldn’t want read aloud in court.

Mail is a right by law, but violations of mail policies can result in the inmate’s mail privileges being suspended for safety and security reasons.

The introduction of contraband into the jail through the mail could result in criminal charges being filed against both you and the inmate.

Books and newspapers must be sent directly from a “dot com” warehouse and must be new. USED BOOKS ARE PROHIBITED. Inmates may have up to three (3) books in their cell, this includes religious publications. Additional books may be sent in; however, if the inmate already has 3 books in their possession, a donation to the Jail Library will be necessary in order to receive the additional books. There will be no property releases, returning books to sender, or placing anything in the inmate’s property.

Any publication received for persons no longer in custody will be donated to the Jail Library.

THE MAIL ROOM WILL HAVE THE FINAL SAY ON AUTHORIZED AND UNAUTHORIZED ITEMS.

To send an inmate of the Johnson County Jail a publication, please use the mailing address as follows:

Mail is received five days a week, Monday through Friday, except holidays. The Sheriff’s Office is not responsible for any delays, lost mail, or damaged mail occuring while in transit to and from the facility.

Matthew Rhinehart graduated from Center Grove High School in 1991 and began his law enforcement career in 1993 as a Reserve Deputy. During his service with Johnson County, Matt worked in the Johnson County Juvenile Detention Center, Johnson County Community Corrections in the work release program and as a corrections officer in the Johnson County Jail before being hired as a merit deputy in 1998, eventually earning the rank of Sergeant, and holding a Lieutenants rank for four years. Matt joined the SWAT team in 1997 and the bomb squad in 2002, he served as team leader on SWAT and enjoyed holding dual specialty responsibilities before stepping down to concentrate on the bomb squad. He is now the Johnson County Bomb Squad Commander. Matt is an ILEA instructor, ILEA firearms instructor, ILEA patrol rifle instructor, and a certified armorer in Glock pistols, AR-15, and the Remington 870 shotgun. Major Rhinehart has received training from the Indiana Law Enforcement Academy, Project Northstar SWAT operators school, FBI Hazardous Devices School, FEMA, Department of Homeland Security, ATF post blast investigation, FBI counter IED, FBI Electronic Counter Measures, and Radiological and Nuclear detection. In his position as Jail Division Commander, Major Rhinehart will oversee the daily operations of the Johnson County Jail, its occupants and employees.