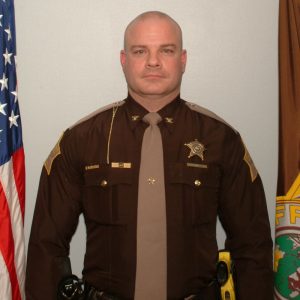 Andy Barnhart graduated from Center Grove High School in 1994 and attended Purdue University and IUPUI, studying Computer Science and Criminal Justice. He joined the Indiana National Guard as a Military Police Officer and served from 1997 – 2005.

Andy started his law enforcement career with the Johnson County Sheriff’s Office in 1998 and served the agency in many different capacities including Reserve Deputy, Communications Officer, and Community Corrections Field Officer before being hired as a Merit Deputy in 2003. Since that time, Andy has advanced through the ranks as a Detective, Detective Sergeant, Road Sergeant, and Lieutenant.

He is an ILEA certified Firearms Instructor and was also a member of the Johnson County SWAT team for 11 years. He has received training at both state and federal levels in computer and digital forensics and specialized in investigating crimes involving technology and white collar crime.

Andy has received several awards including lifesaving and bravery awards as well as several certificates of commendation.

Andy began his law enforcement career in March of 2002 when he was hired as a Merit Deputy by the Johnson County Sheriff’s Office. After graduating the Indiana Law Enforcement Academy he was assigned the road division where he has served throughout his career, attaining the ranks of Sergeant and Lieutenant. Andy is an Indiana Law Enforcement Academy Instructor in Emergency Vehicle Operations. He is also an instructor in Standardized Field Sobriety through the National Highway Traffic Safety Administration. Andy also is an accident investigator, served as a field training officer, and was a long-term member of the Johnson County Sheriff’s Office dive team. Andy has received two lifesaving awards and been recognized three times by Mothers Against Drunk Driving for DUI enforcement.

In 2019, Andy attended the 7th session of the Department of Homeland Security Leadership Academy with dozens of other leaders in law enforcement from across the United States.

In 2022, Andy attended the FBI National Academy in Quantico, Virginia. Andy was part of Class 281 which included more than 250 law enforcement leaders from across the United States and many other countries. The FBI National Academy is a professional course of study for U.S. and international law enforcement managers nominated by their agency heads because of demonstrated leadership qualities. The 10-week program—which provides coursework in intelligence theory, terrorism and terrorist mindsets, management science, law, behavioral science, law enforcement communication, and forensic science—serves to improve the administration of justice in police departments and agencies at home and abroad and to raise law enforcement standards, knowledge, and cooperation worldwide. 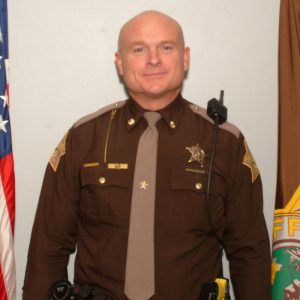 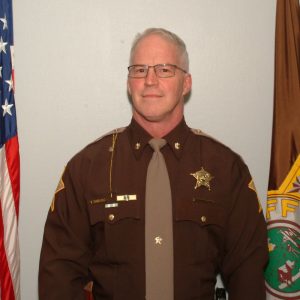 Damian began his law enforcement career in 2000. During his service with the Johnson County Sheriff’s Office, Damian has advanced through the ranks of Reserve Deputy, Deputy, Detective and Sergeant. Damian was a member of the Johnson County SWAT Team for 18 years and also served as the SWAT Commander for three years. Major Katt has received training from the Indiana Law Enforcement Academy, Narcotics Investigations, DEA Clandestine Lab School, Reid Interview and Interrogation Techniques, Crimes Against Children Investigations, and SWAT Command.

Major Katt has received several honors and awards throughout his career including a Bravery Award and the Sheriff’s Award.

In his position as Investigations Division Commander, Major Katt oversees daily operations of Criminal and Narcotics Detectives and civilian employees.

Matthew Rhinehart graduated from Center Grove High School in 1991 and began his law enforcement career in 1993 as a Reserve Deputy. During his service with Johnson County, Matt worked in the Johnson County Juvenile Detention Center, Johnson County Community Corrections in the work release program, and as a corrections officer in the Johnson County Jail. Matt was hired as a merit deputy in 1998, eventually earning the rank of Sergeant, and holding a Lieutenant’s rank for four years.

In his position as Jail Division Commander, Major Rhinehart oversees the daily operations of the Johnson County Jail, its occupants and employees. 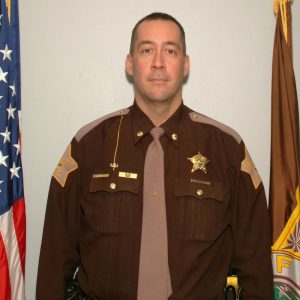